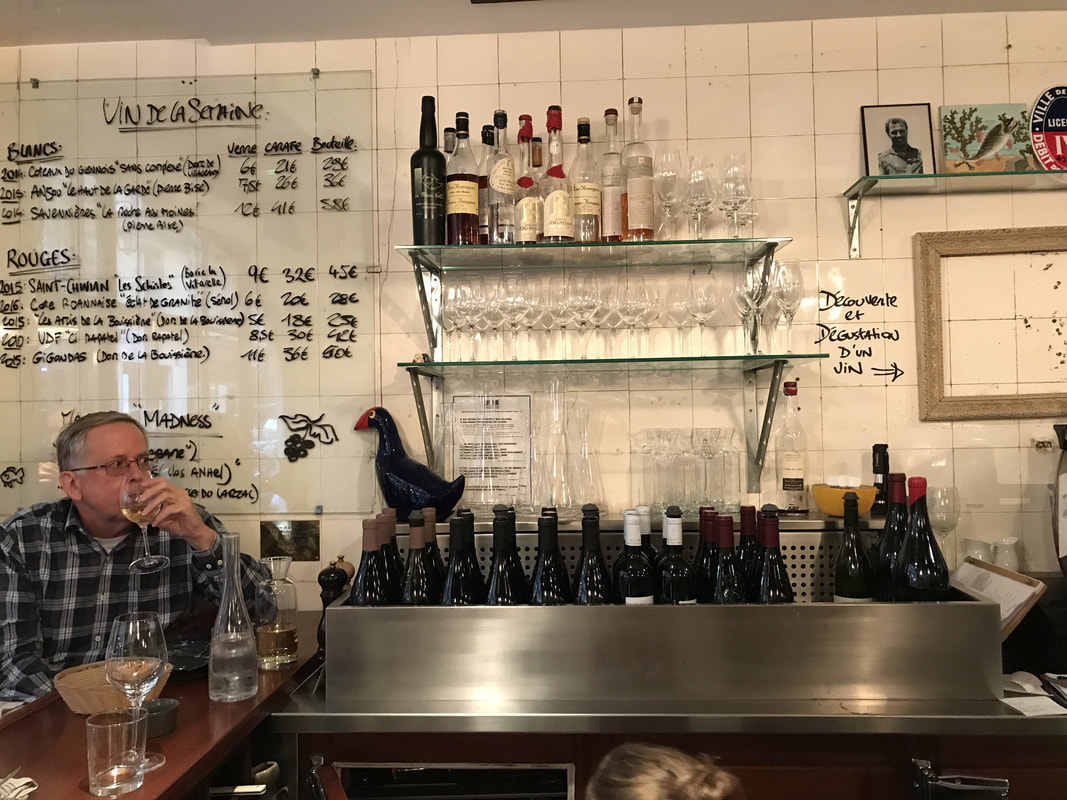 First night in Paris over my last trip in September 2017, tired after the long flight from Sydney, but a beautiful night in Paris, so I decided to walk from Le Bon Marché where my hotel was to nearby Saint-Germain-des-Prés, looking for a place for dinner that I had not tried before, obviously quite a challenge!
Then, I turn into the quieter Rue de Seine, off the Boulevard Saint-Germain and I find this little gem.
It has been opened since 2007 as a Bar à Vins and eventually got a young French chef, Valentin Vasseur, trained in Sydney by no other than Stephen Hodges of FishFace fame, and a good friend of mine, one of the top 3 fish experts in Australia. He also had a stint at Jonah's in Palm Beach, not bad for a young Chef...
I arrived early for Paris around 7.00pm and the place was quiet, but fully booked for later, so I decided to plonk myself at the bar, which I like, as I can strike a conversation with the barmaid in that case and just see the buzz of the place. Great wine list on the wall with 3 different sizes on offer, glass, carafe or bottle. I opted for a carafe of Chenin Blanc from Anjou, a perfect match with all the fish i was about to order... 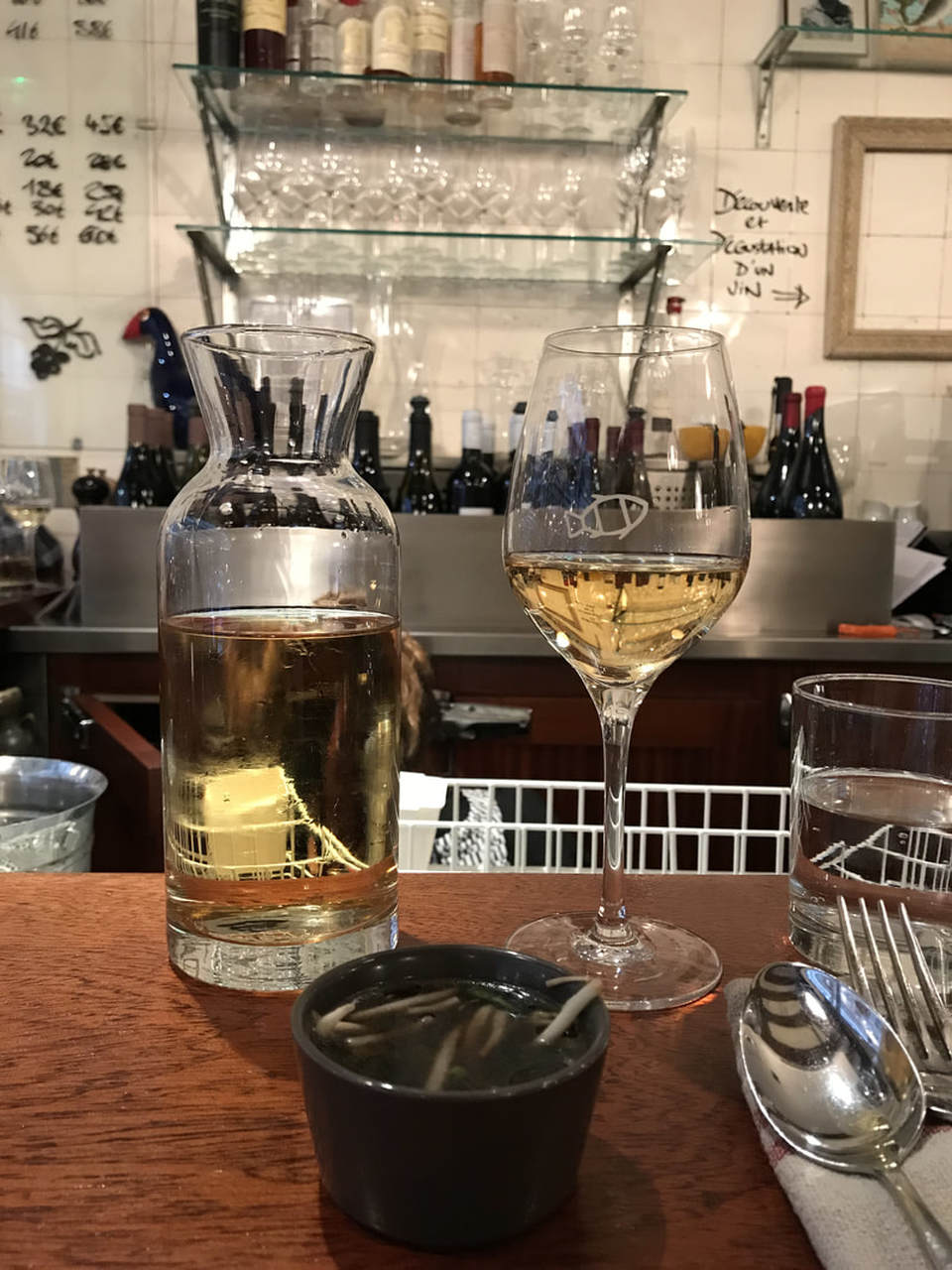 Chenin Blanc from Anjou and a little broth as amuse gueule
To start with, I had marinated sardines treated like maatjes from Holland served on a blini... Perfection!
​ 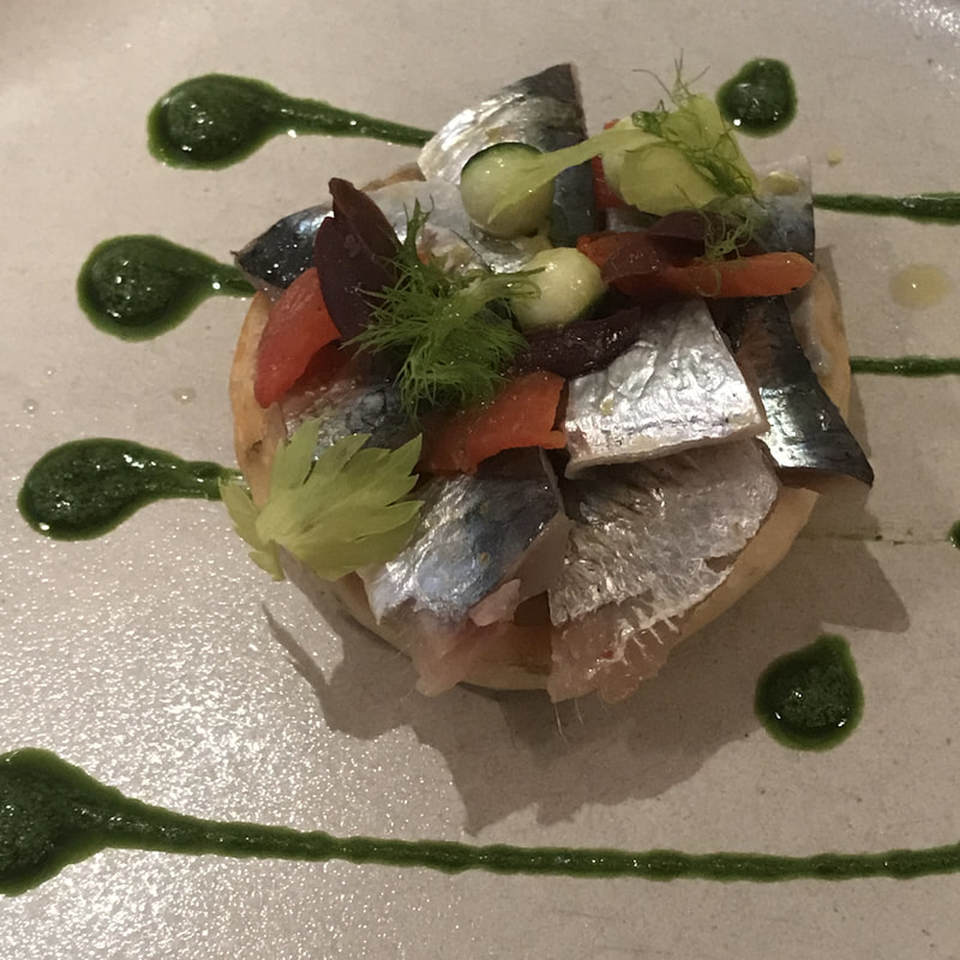 Maatjes like sardines on a blini
Then I had the cabillaud - cod in English - a fish traditionally kept in salt by the Portuguese who call it bacalao and use in brandade, but here so fresh, it could have been served as sashimi, and perfectly cooked.
​ 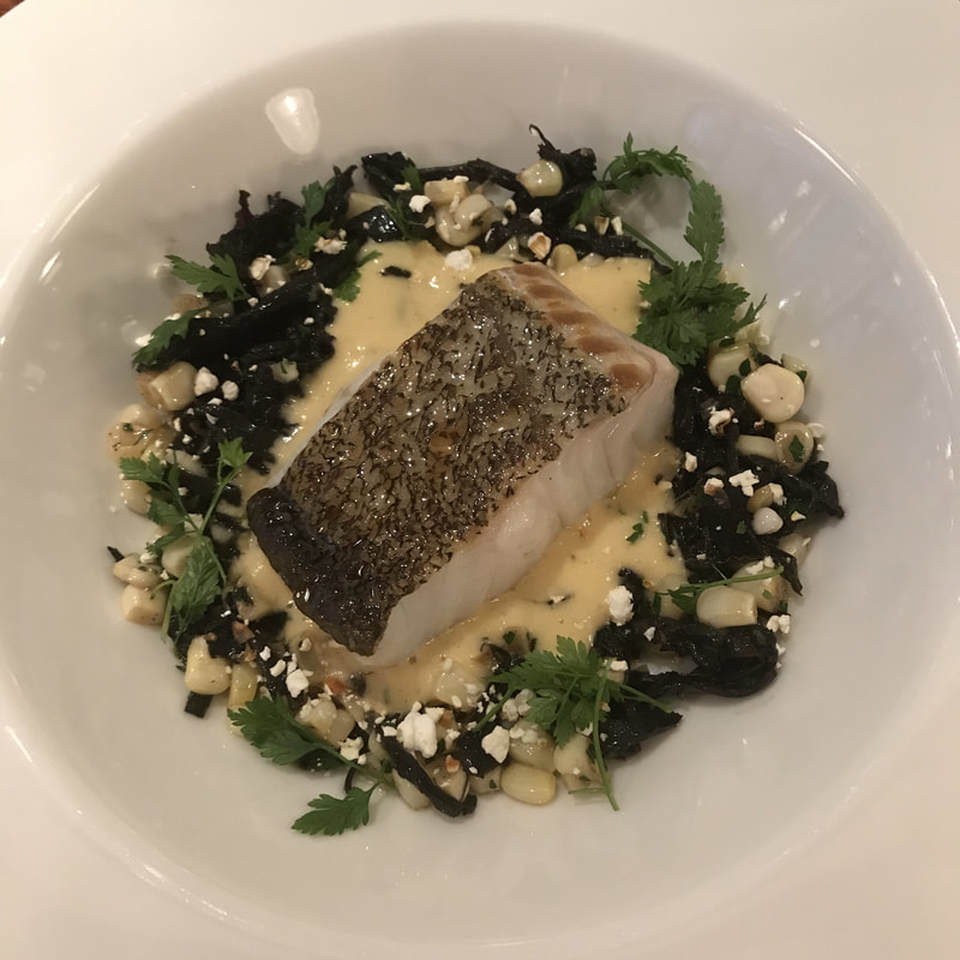 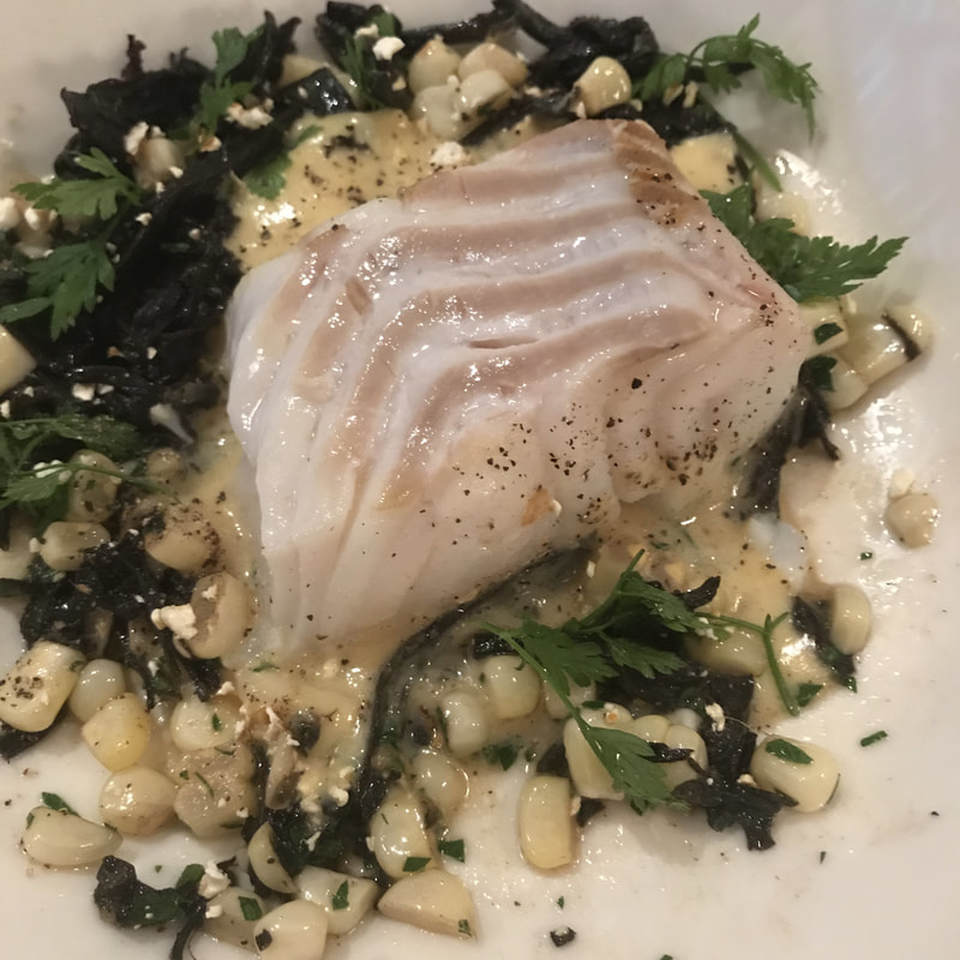 A great find in a great quartier of Paris, with a good selection of small organic winemakers and perfect food at a reasonable price for Paris, that is...
I will be back! And I encourge you to try this little gem...